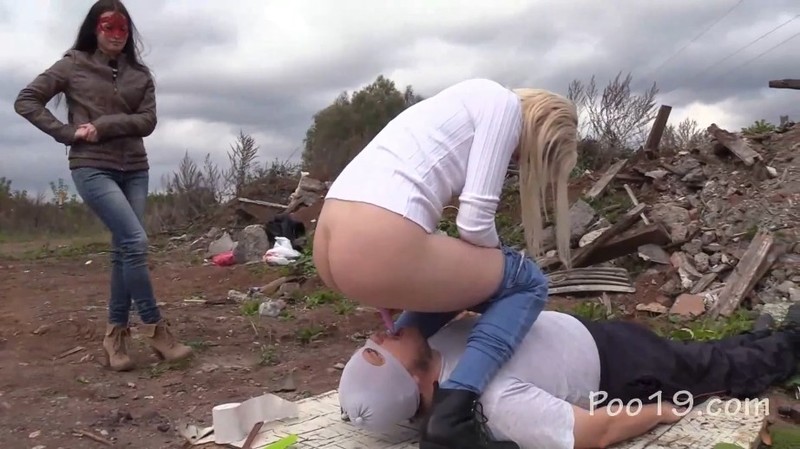 This fall day, Mrs. Christina and Victoria took me and Bernar for a walk. We were outside the city. Far from the bustle of the city, the girls decided to breathe fresh air and chat about their affairs. At some point, I lagged behind them, and ended up in the landfill area. The Mistresses discovered that I was not, they returned, and severely punished me. I was flogged with a belt and a whip. Before going out, the girls forgot to go to the toilet. It was very far to return home, so they decided to empty the intestines and bladder right here.
The scrapyard is a uninhabited place, so the Mistress can easily make a slave lie on the ground with his mouth open, she can take off her underpants, she can piss and shit into his open mouth. After that, the second slave can be licking the ass of Mistress, that is, toilet paper is not needed. All this was done. I had to drink girls’ urine and eat girls’ poop. I had served Ms. Christina very quickly. She dropped into my mouth her bitter and stinky shit, which I ate very quickly. Mrs. Victoria nearly half an hour took a crap by small sweet poops with sesame seeds. I had to catch every morsel and eat it. The girls left, and me, smelling of female shit and urine, was left to lie on the scrapyard. When it got dark, I, hiding from people, got to my house. 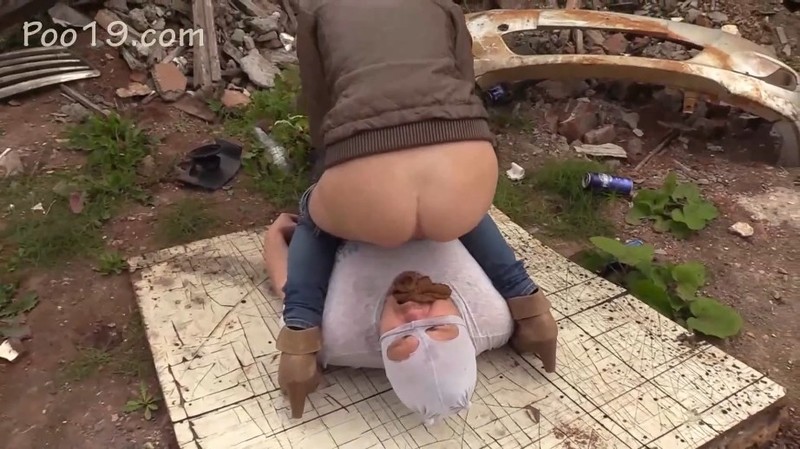 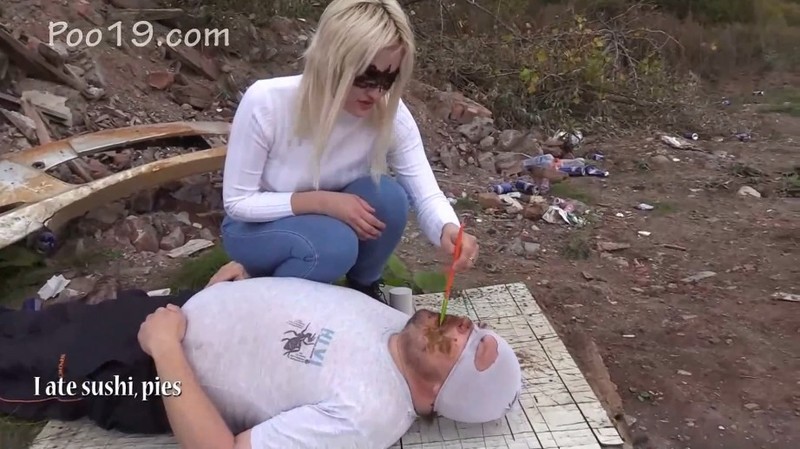 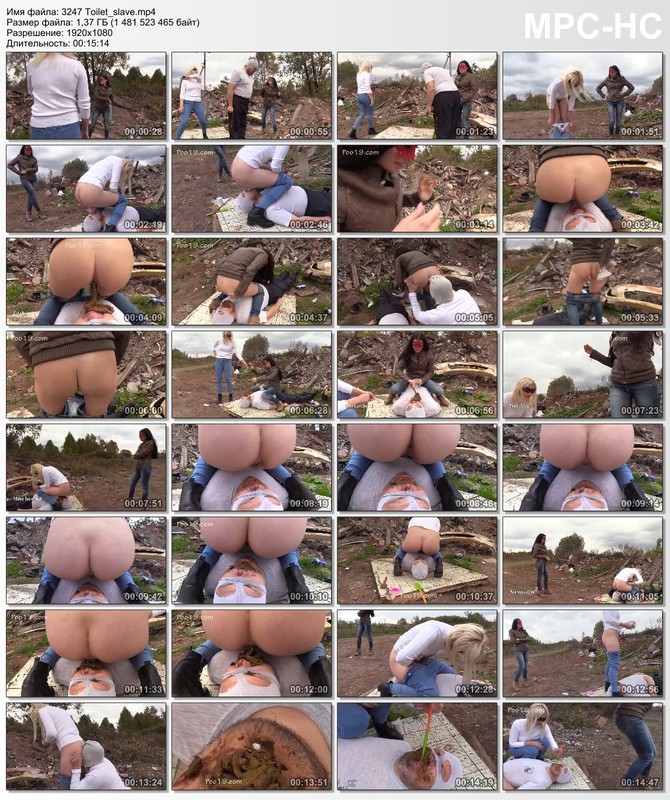